Now that Brett Kavanaugh has been confirmed, it is appropriate to look at the damage caused by the highly partisan confirmation process. Among the casualties has been an organization I have long admired.

After Politico reported that the American Civil Liberties Union (ACLU) was spending more than $1 million to oppose Judge Kavanaugh’s confirmation to the Supreme Court, I checked the ACLU website to see if its core mission had changed — if the ACLU had now officially abandoned its non-partisan nature and become yet another Democratic super PAC. But no, the ACLU still claims it is “non-partisan.”

So why did the ACLU oppose a Republican nominee to the Supreme Court and argue for a presumption of guilt regarding sexual allegations directed against that judicial nominee?

The answer is as clear as it is simple. It is all about pleasing the donors. The ACLU used to be cash poor but principle-rich. Now, ironically, after Trump taking office, the ACLU has never become so cash-rich, yet principle-poor. Before Donald Trump was elected President, the ACLU had an annual operating budget of $60 million dollars.[1] When I was on the ACLU National Board, it was a fraction of that amount. Today it is flush with cash, with net assets of over $450 million dollars. As the ACLU itself admitted in its annual report ending 2017, it received “unprecedented donations” after President Trump’s election. Unprecedented” it truly has been: the ACLU received $120 million dollars from online donations alone (up from $3-5 million during the Obama years).

The problem is that most of the money is not coming from civil libertarians who care about free speech, due process, the rights of the accused and defending the unpopular. It is coming from radical leftists in Hollywood, Silicon Valley and other areas not known for a deep commitment to civil liberties. To its everlasting disgrace, the ACLU is abandoning its mission in order to follow the money. It now spends millions of dollars on TV ads that are indistinguishable from left wing organizations, such as MoveOn, the Democratic National Committee and other partisan groups.

As the New Yorker reported on the ACLU’s “reinvention in the Trump era,”

“In this midterm year…as progressive groups have mushroomed and grown more active, and as liberal billionaires such as Howard Schultz and Tom Steyer have begun to imagine themselves as political heroes and eye Presidential runs, the A.C.L.U., itself newly flush, has begun to an active role in elections. The group has plans to spend more than twenty-five million dollars on races and ballot initiatives by [Midterm] Election Day, in November. Anthony Romero, the group’s executive director, told me, ‘It used to be that, when I had a referendum I really cared about, I could spend fifty thousand dollars.'”

This new strategy can be seen in many of the ACLU’s actions, which would have been inconceivable just a few years ago. The old ACLU would never have been silent when Michael Cohen’s office was raided by the FBI and his clients’ files seized; it would have yelled foul when students accused of sexual misconduct were tried by kangaroo courts; and it surely would have argued against a presumption of guilt regarding sexual allegations directed against a judicial nominee.

Everything the ACLU does today seems to be a function of its fundraising. To be sure, it must occasionally defend a Nazi, a white supremacist, or even a mainstream conservative. But that is not its priority these days, either financially or emotionally. Its heart and soul are in its wallet and checkbook. It is getting rich while civil liberties are suffering.

There appears to be a direct correlation between the ACLU’s fundraising and its priorities. When the ACLU’s national political director and former Democratic Party operative Faiz Shakir was asked why the ACLU got involved in the Kavanaugh confirmation fight, he freely admitted, “People have funded us and I think they expect a return.” Its funders applaud the result because many of these mega donors could not care less about genuine civil liberties or due process. What they care about are political results: more left-wing Democrats in Congress, fewer conservative justices on the Supreme Court and more money in the ACLU coffers.

When I served both on the National and Massachusetts Boards of the American Civil Liberties Union, board members included conservative Republicans, old line Brahmans, religious ministers, schoolteachers, labor union leaders and a range of ordinary folks who cared deeply about core civil liberties. The discussions were never partisan. They always focused on the Bill of Rights. There were considerable disagreements about whether various amendments covered the conduct at issue. But no one ever introduced the question of whether taking a position would help the Democrats or Republicans, liberals or conservatives, Jews or Catholics or any other identifiable group. We cared about applying the constitution fairly to everyone, without regard to the political consequences.

As the New Yorker described these more innocent times: the ACLU “… has been fastidiously nonpartisan, so prudish about any alliance with political power that its leadership, in the nineteen-eighties and nineties, declined even to give awards to like-minded legislators for fear that it might give the wrong impression.”

Today, too few people are asking: Is it good or bad for civil liberties?

[1] A New Yorker article from the end of November of 2009 says that after a major donor “has withdrawn his annual gift of more than $20 million, punching a 25 percent hole in its annual operating budget and forcing cutbacks in operations.”

Originally published at GatestoneInstitute.org at this link https://www.gatestoneinstitute.org/13087/aclu-opposition-to-kavanaugh-sounds-its-death 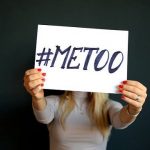 [FrontPageMag]: Nobody Believes All WomenAFA Allies 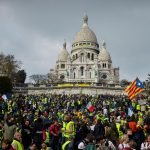