AFA at The Conservatives International Conference: The Dynamic, Democratic Economy

Over the Memorial Day weekend, nearly 300 conservatives representing dozens of organizations from over twenty nations gathered in Miami for the Conservatives International conference.  And the American Freedom Alliance was there!

Hosted by the Alliance of Conservatives and Reformists in Europe (ACRE) and the Foundation of New Direction in Europe, the conference was the first attempt to bring conservatives from around the world together.  With a focus on the Americas the conference attracted luminaries such as the former Prime Minister of Spain Jose Maria Aznar, former Bolivian President Jorge Quiroga, former Canadian Minister Jason Kenny, and famed Peruvian economist Hernando de Soto.  This in turn brought leaders from throughout Latin America including those of student/youth movements in Chile and Venezuela.

As much as we would like to believe that the struggle for America’s political and spiritual soul is a national issue, the conference made it very clear that we are fighting against a very organized foe who is attacking freedom and liberty worldwide.  Regardless of which corner of the globe the speakers or attendees hailed from, as conservatives they all faced nearly identical obstacles.  Whether in Chile or Canada, South Korea or the Czech Republic, Jamaica or Nigeria, conservatives are fighting an epic struggle against leftist-dominated media, academia, pop culture, and, tragically, the education of the young.  As Dan Hannan, Member of European Parliament and one of the organizers of the conference pointed out, “This should not be a surprise to anyone since the Left has been having conferences like these since the time of Lenin.  For over a hundred years, they have been planning, strategizing and sharing best practices on a global scale. It is now our turn to do the same.”  This is truly a world war.

Along with the main speakers, the conference had several breakout sessions hosted by various organizations.  The American Freedom Alliance was honored to receive a prime breakfast slot to present a panel to discuss the “D2 Economy”.  The panel was comprised of AFA Fellow Guy Millière, myself, and was moderated by Steven Wolfe, a Member of the European Parliament and rising star in British politics. 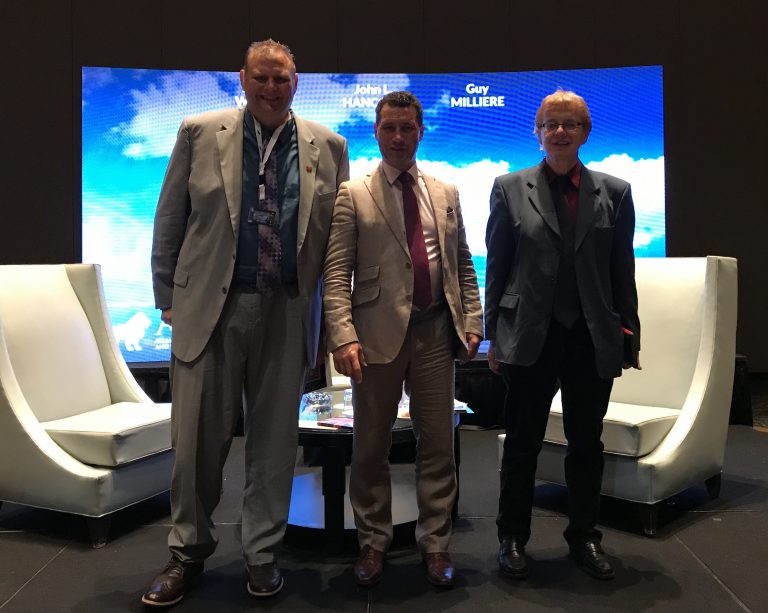 The fast-paced, hour-long discussion focused on how to make the conservative economic argument more appealing to a non-political audience, especially young people.  With recent studies showing that 57% of millennials see Socialism as a “good thing”, it is as critical as ever that conservatives present their economic argument effectively as possible.  After all,  Conservatism offers the only political and economic track record of bringing liberty and prosperity to any society that embraces it.

Yet the Left continues to lure people with their empty promises that over and over again lead to servitude, starvation, and suffering (the S3 of Socialism) of all societies that adopt its policies.

As I pointed out in the discussion, “Conservatives must stop selling a product and start selling benefits.”  In other words, we must stop using terms such as Capitalism or even the “free-market economy”.  Those terms describe the product but are useless when talking to people who have very little understanding of economics.  The Conservative will spend too much valuable time overcoming  preconceived biases or attempting to educate people who don’t want to be educated because in the end, they just want to know how it will benefit them.

After all, if you were going to have surgery, do you want to know every single detail of the procedure or just what it will do for you?

I think most of us would agree that we only really want to know how it will fix what ails us and how much it will improve our life.  For most people, economic policy is no different.

This is where the D2 (Dynamic and Democratic) Economy comes in.  By focusing on the benefits of the free-market economy, rather than on the economy itself, conservatives can avoid getting into wasteful discussions and go straight into how it benefits the listener, regardless of where on the socio-economic scale he may find himself. It also eliminates the challenges that often arise when addressing an audience that is economically unsophisticated.  More significantly, it doesn’t require all of us to become mini-experts in economics.  We just need to be able to tell the miraculous story of how the D2 Economy brought liberty and prosperity to the common man and, eventually, the world.

To combat the very real and remarkable successes of the D2 Economy, the Left must resort to fairytales and false promises.  Poverty is a good example.  Conservative economic principles have been so successful that in developing nations poverty has stopped being a politically significant issue.  As a result the Left has had to create the myth of “income inequality”.  This is also why they must make sure our message does not reach the people.

In this they have been extremely successful.  It is their narrative that dominates the battlefield of economic and political ideals.  It is time we conservatives change that and start telling – with pride and unabashed confidence – that it is conservatism that has the proven alternative.

Throughout the rest of the day I had many people tell me our session was one of the best at the conference. More importantly, I was proud when someone would ask, “You are from that Los Angeles based think-tank, aren’t you?”  I knew then that the American Freedom Alliance’s debut on the international stage was a resounding success.

John Hancock is a Senior Fellow at the American Freedom Alliance as well as a Board member.  He is also the author of several books, the most recent being Liberty & Prosperity: How the Saxons Created the Modern World. 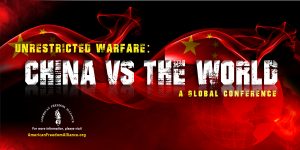 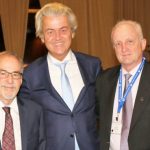 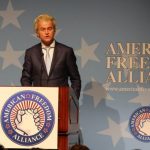