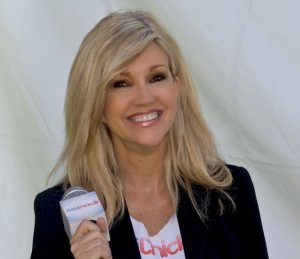 Ann-Marie Murrell is the co-creator, CEO/Editor-in-Chief and owner of PolitiChicks.com. Ann-Marie is co-author of two bestselling books, What Women Really Want, and PolitiChicks: A Clarion Call to Political Activism. She was the recipient of Front Page Magazine’s Glazov Gang “Ronald Reagan Award” and has appeared on dozens of radio and television shows including Fox & Friends, Hannity, the Dr. Phil Show, The Mike Huckabee Show, Lou Dobbs, C-SPAN, Stuart Varney & Company, Newsmax TV, CNN, MSNBC, and more.   In addition to PolitiChicks, Ann-Marie has contributed to Townhall Finance, The Blaze, Daily Caller, Front Page Magazine, and other news sites.

Ann-Marie has brought a unique voice to issues relating to freedom and culture and we’re delighted to include her among our Fellows.