Horowitz on “Mortality and Faith” 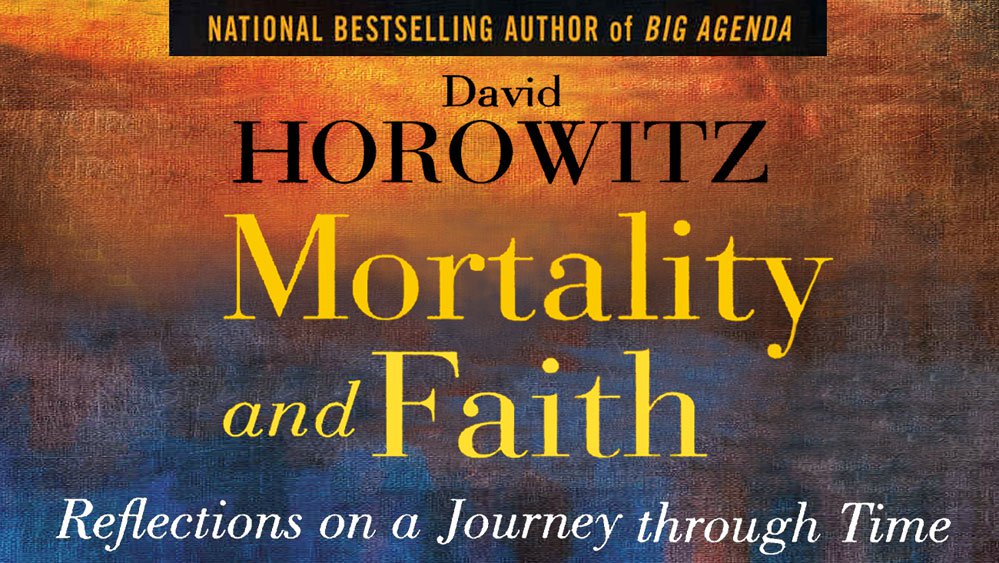 “The meaning of life is that it stops.”  That line from Kafka is the epigraph David Horowitz selects for this compilation of autobiographical reflections that pick up where Radical Son (1997) left off.  The opening of the first section has another aphorism on death, this one from his father: “We begin to die the day we are born” (3).  Horowitz admits how well the lesson stuck: “feelings of mortality have made themselves as familiar as hello and goodbye” (4).

Death is everywhere—the death of his father and of himself; the 20th-century master of death Joseph Stalin and the 17th-century thinker of death Blaise Pascal; old friends who are gone; Freud on the “death wish”; doctors who treat terminal patients; Mohammed Atta, the 9/11 leader who wrote a few days before his mission, “Prepare for holy war and be lovers of death”; Dostoevsky’s mock execution; and the killing diseases cancer and diabetes.  Radical Son gave us a view of the Black Panthers and the anti-War movement different from that offered in pop versions of “1968,” and it confirmed to Horowitz’s ex-comrades that he had made peace with the Devil (that is, Reagan, the neocons, the Republican Party . . .).

But at the center of that story of political upheaval, too, lay a death, the murder of friend Betty van Patter by the ruthless militant figures Horowitz believed were his allies.  Radical Son he now calls the “first half” of his autobiography, Mortality and Faith the second.  The “political odyssey” of the former is over; now is the time for “a meditation on age, and on our common progress towards an end which is both final and opaque” (ix).

The result is a moving and wise and honest account of a life on the ebb.  Much of the material has been published before in The End of Time (2005), A Point in Time (2011), and You’re Going to Be Dead One Day (2015), reworked here into a new narrative mixing personal anecdote, medical care, family turmoil, and political analysis.  The narration isn’t chronological, or even sequential, but it’s nonetheless affecting.  A battle with prostate cancer arises, then disappears, then comes up again in sobering vignettes.  So do the errors of his father and of Horowitz himself, scenes from his marriages, profiles of his children, and asides on literary eminences (Proust, whom his mother loved, Marcus Aurelius, Ivan Karamazov, Brecht) and on the –isms that have wrought so much suffering (communism, progressivism, nihilism, terrorism).  Through every episode runs the sad truth that “We are rootless and alone and threatened with extinction” (60).

I can’t summarize it; the content is too rich and heterogeneous.

And so on.  The personal and the political mingle fluidly in these reflections, which may be what happens when you reach a certain age and realize that the principles you adopted in your youth didn’t have an origin quite as abstract and principled as you thought.  At one point, while discussing his father’s idolatry of Stalin, which “millions of decent souls” shared, Horowitz ties their faith to deep anxiety over life’s uncertainties (he takes the Jewish condition of homelessness and persecution as exemplary).  To acknowledge the fear-full sources of grand political visions and the hero-worship they inspire, he implies, is wisdom.  It doesn’t necessarily invalidate those visions, but it does entail a more honest accounting of their purpose.

“But if you were to ask them,” Horowitz says of his father and the vast troupe of true believers in the worker’s paradise, “not a single one of these enlightened souls would concede any connection between their personal anxieties and their social agendas” (53).  Their theorists assured them that their commitment was “scientific,” as if Marx and his followers had figured out the workings of history and had become more empirical, more reality-based, than liberals and capitalists could ever be.  In truth, Horowitz concludes, they sunk ever further into delusion, especially when they denied the very faith-based wellsprings of their dream: “They would be repelled by the idea that the progressive fantasy is really the expression of a religious desire” (53).

Mortality and Faith is a confession of precisely this: in whatever direction they flow, our politics mingle private desires with social practices, the parents we had and people we marry with the books we read and ideas we absorb, existential worries with ethical arguments.  However just and proper and obvious a political goal appears, we must wonder, too, about the essentially religious satisfaction it yields.  Apart from any material gain it produces, what human disquiet does pursuing that goal resolve?

The progressives who deny this all-too-human, semi-irrational origin of political visions are at it again.  Democrats in Congress have just announced that they plan to hold hearings on reparations for slavery and Jim Crow, ennobling their design with talk of “restorative justice”.

We may be sure, however, that these proceedings will devolve straight off into a carnival of white guilt.  The goal will not be the patient formulation of policy recommendations.  It will be what we have seen before: finger-pointing, victim-identifying, virtue-signaling, and race-hustling.  The point will be to work off ressentiment, not to devise legislation.  None of the organizers will admit how much they relish the chance to knock white America.

Bernie Sanders, too, doesn’t acknowledge anything smacking of instinct and anxiety in politics.  He won’t admit the personal animus behind his socialism.  In a recent interview with The Nation, Sanders explained it in the most benign, sympathetic, charitable terms.  “Democratic socialism” is premised on the simplest humane conditions:

Who could argue with such selfless axioms?

Horowitz is living testimony to that dangerous simplicity.  I think that he has taken up the autobiographical mode in order not only to render the full truth of himself, which his opponents have tirelessly distorted.  He has exposed himself in order to expose the impersonal, altruistic mode of the dreamy progressive as a sham, be it conscious or unconscious.

Mortality and Faith contains many poignant and tender, troubling and regretful, pictures of one man’s eventful and conflict-ridden existence.  The tales and portraits make for nonstop reading.  But the book has a critical function, too.  Politics are partly moral and partly utilitarian.  Justice and practicality are part of the stew, to be sure.  But there is an experiential element to political opinion and action as well—your domineering father, perhaps, or your sexual appeal, or the way you’ve made money, or how strongly you feel the shadow of death . . .  Horowitz has invited people into his life so that they may see why he believes what he believes.  Some people do the opposite, shying away from the question, “What religious or personal need do your politics meet?”  They may reject the very notion that their politics are personal in any way.  They are the dangerous ones.

Mark Bauerlein is a professor of English at Emory University, editor of FirstThings.com, and author of The Dumbest Generation.

Originally published at FrontPageMag.com at https://www.frontpagemag.com/fpm/274029/horowitz-mortality-and-faith-mark-bauerlein 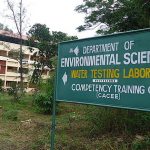 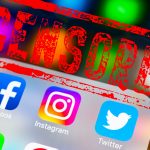