“We’ve got a great new deal that takes back control,” British Prime Minister Boris Johnson tweeted after last minute negotiations with European Union leaders in Brussels. The deal will now require the approval of both the European Parliament and UK Parliament – who have so far tried everything they can to derail the UK’s exit from the European Union (EU). According to the BBC:

MPs have voted to hold an extra sitting in the Commons on Saturday to discuss the next steps.

Cabinet Office minister Michael Gove said the government would hold a vote on the deal and was not “not contemplating defeat”.

But, he added, if the plan did not get the backing of MPs, the alternative was leaving without a deal.

The no-deal Brexit mentioned by Gove is something with which many might be quite happy.

Those who voted to leave the EU in 2016 might well find it hard not view the latest proceedings with a cynical eye, but it finally looks as though a departure from the EU could be real — despite one half of the Conservative Party’s coalition government — Northern Ireland’s Democratic Unionist Party (DUP) — failing to support it. Stating the obvious by insisting that the Johnson is “too eager by far to get a deal at any cost”, Nigel Dodds, the leader of the Conservatives’ DUP bedfellows, appears not quite to get the point. After releasing a statement stating that the DUP could not back the proposals “as things stand,” they somewhat unhelpfully failed to provide much further information.

Not surprisingly, Labour Party leader Jeremy Corbyn has described the deal as “even worse” than the efforts of Johnson’s predecessor, Theresa May, to secure an exit from the EU. Mr. Corbyn, having flatly rejected the new deal — before even seeing all the details of it — and said his party “will vote against the deal.”

President of the European Commission Jean-Claude Juncker, however, has described the negotiation’s outcome as a “fair and balanced agreement for the EU and the UK…” He urged the European Council to accept it.

UK opposition MPs passed a law in September requiring the PM to request an extension on October 19 if Parliament had not by then agreed a deal, or backed a “no deal” Brexit.

Chief EU negotiator Michael Barnier described the new deal as “squaring this circle” on issues around the Irish border after the UK leaves the EU. The new deal’s main elements include:

Referring to the final point, Mr Barnier said: “This democratic support is a cornerstone of our newly-agreed approach.” Some people see that as a last minute-concession to Johnson, who has previously blamed Brexit-phobic MPs of trying to stop a no-deal exit based on the EU’s refusal to compromise on the “backstop”.

The weekend vote – the first time MP’s have been called upon to sit on a Saturday since 1982 — will require Johnson to convince the opposition party, the DUP, to reverse its opposition to his deal, or to entice enough Labour rebels to defy Corbyn. If the Prime Minister does not get sufficient backing, the only alternative would be a no-deal Brexit. If Mr. Johnson had not secured a deal this week, he would have been legally required to seek a further three-month delay to the current October 31 deadline.

Having put everything on the line by staking his reputation and premiership in defiance of his detractors’ shameless cynicism, Prime Minister Johnson seems to be energised by the new deal. With a bit of luck, his tenacity might just pay off — and the agonising wait to be free of the EU will finally be over.

Andrew Ash is based in the United Kingdom.

Originally published at GatestoneInstitute.org at this link https://www.gatestoneinstitute.org/15042/brexit-last-call 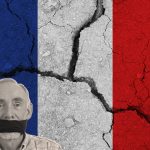