Standing in my kitchen, on the zillionth day of “Safer at Home,”  I had a flashback to when I was a teen-ager, yelling at my mom – “I KNOW you don’t want me to go out, I KNOW you want me SAFE AT HOME, but that’s NOT how it’s supposed to work!”

My mom, raised in Europe during the war, had an obsession with my safety which included, as I look back as an adult, an overzealous imposition of restrictions, and effort to curb any activity that anyone might have indicated had ever resulted in harm to anyone.  Her obsession was rooted in a love for me, a concern that was marrow-deep and a ferocious desire to protect from anything that might befall me.

It was, as we say now, over-the-top and a whole lot of other diagnoses on top of that, but again, there was no question, this was rooted in love. It was also rooted in her experience and worldview of the world as a dangerous place.

My flashback this morning brought me up short.

This, of course, is at the root of President Trump’s “Safer at Home” measures.  Given the love he has for us, the seriousness he takes of his role as protector of Americans, his sense, given the news out of China and Italy at the time when he declared the first emergency measures, he was, in fact, being mom.

But my mom failed to take a lot of other things into account; it was the measure of the obsessiveness that prevented her from seeing me, as a person, as meant to grow, experience, even suffer, outside of the four walls of our safe home in our safe town. Such a restrictive life brings its own suffering; we are meant to be freer beings than that. As the saying goes, a ship is safest at harbor but that’s not what ships are for.  So too with people.

It all requires balance, and we each strike balances differently. There has always been a tension between freedom versus safety, and we’ll each draw that line differently.  I’d guess most of us remember our moms as “overprotective” one way or another, and as a mom, I know that striking that balance is a constant, daily, re-evaluation of the trade-offs between protecting and enabling growth; between safety and not just freedom but development into the full-fledged humans our children are meant to be.

We see this struggle in President Trump, too, the effort to grapple with “STAY THE HE&& AT HOME SO YOU’re SAFE” to “Well, perhaps, if we actually look at the actual numbers, we can try to revert to normal.”

Are we now privy to the conversations mom and dad had when we went to bed?  Mom expressing fear and concern, dad responding more in the abstract of “well, perhaps going out with her friends would be better in the long run?” In a way, this is what the briefings look like, with Trump playing both roles on different days.  He’s right: the world is a scary place, there are dangers.  He wants us, his children, his charges, to stay inside  But he also knows that perhaps that’s not how it’s meant to be: That there are always bad things, but that this stunts us, it stunts the nation, it stunts the very engine that makes us what we are.  Capitalism , a sine qua non of a free society is at risk when freedoms are quashed because the reverse is also true:  a free society is a sine qua non of capitalism. They are both fundamental to our prosperity, and one you break that energy transfer you wind up not only with a seized engine but one where the measures to get it going again are detrimental.

I have argued that it’s not Dr. Fauci’s job to contend with the economic cost of all this, the mental health cost, the various other countless costs related to the virus and its prevention.  It’s not. It’s the President’s job to call in experts on all these areas, and to weigh and balance all the various impacts on us as individuals, us as a nation, and us as the dominant force for freedom globally.

In this context, it’s the President’s job to be the mom AND the dad, and while I think we’re seeing him grappling with that, I’m hoping that there’s a lot more serious, concerted, deliberate, high-level discussion around the “kitchen table” while we’re all asleep, and that there’s some effort to strike a balance between keeping us all safe – a literally impossible goal – and enabling us and the nation to continue our centuries-old development as the greatest nation on earth. 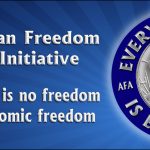