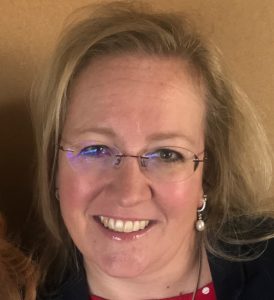 Elisabeth Sabaditsch-Wolff is an Austrian human rights and anti-sharia activist. Her conviction of “inciting hate” in Austria, a verdict subsequently upheld by the European Court for Human Rights, has galvanized her and others in outrage at the clear evidence that “there is no free speech in Austria.”  She has been speaking throughout Europe and the United States on this topic, including several times at the American Freedom Alliance. Her book, Truth is No Defense, documents her decade-long fight for free speech.

Sabaditsch-Wolff has testified on her case and the situation in Europe in addition to her work at the OSCE (Organization for Security and Cooperation in Europe) before members of Congress. She has also spoken several times at Ahavath Torah Synagogue in Stoughton, MA.

In August 2016, she spoke at a conference hosted by the American Freedom Alliance in Los Angeles, CA on the topic of “Islam and Western Civilization – Can they coexist?”. In 2017, she testified before the Montana House of Representatives judiciary committee on an ALAC bill (American Laws for American Courts) and briefed the Kansas secretary of state on matters of migration into Europe and its repercussions. Moreover, she was invited to speak before the Conservative Opportunity Society (sponsored by Rep. Steve King, R-IA) on Capitol Hill.

In recent years, Ms. Sabaditsch-Wolff has also been active in protests against the persecution of Christians in the Middle East and elsewhere in the world. This includes attending and speaking at Marches for Persecuted Christians (and Jews) in Vienna, Austria, and Orlando, Fl.

She recently published her book The Truth is No Defense, which details her decade of fighting for her right to free speech, and serves as a warning to Americans to ensure that we treasure and preserve our First Amendment protections.