Curtis Ellis: How to Hold China Accountable: Build Our Own Stuff

That’s what Brad Parscale said around 8 p.m. to the family and inner circle on the 14th floor of Trump Tower on November 8, 2016, as we were watching election returns trickle in from North Carolina, Florida, Pennsylvania and Michigan.

Parscale’s words came back to me with the news this week the Trump Administration awarded a $354 million contract to a private company to manufacture generic medicines and pharmaceutical ingredients in Richmond, Virginia.

It’s starting to happen—global supply chains are coming back to America.

The company, Phlow Corporation, will be making drugs used to treat COVID-19. They will be stored in a strategic stockpile of pharmaceutical ingredients to be used in the event of drug shortages or an emergency….

Also from the article:

An overwhelming 86 percent of respondents [to a Bloomberg poll] said the United States relies too heavily on foreign supply chains. In addition, the poll found:

Curtis was  also was our INSIDE LOOK guest this past Monday.  Click here for the video. 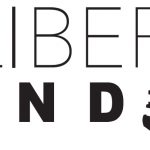