We are honored to have Heather Mac Donald as our Keynote speaker at our Heroes of Conscience Awards Dinner on June 28th at the Hilton Universal City.  She is admired as one of the most brilliant and wide-ranging authors, as well as for her tenacity and determination to speak the truth, no matter the fall-out for its lack of political “correctness.”  This determination served her well as she withstood the onslaught of Leftist hate and vitriol when she spoke at UCLA and Claremont McKenna College last year.  You can read about the protests etc here and here, and watch some of the protests here.    From the LA Times article:

MacDonald recounted the experience in comments published by “The College Fix”:  I was hustled from my guest suite by several police officers from Claremont PD into the lecture hall,” MacDonald said. “It was decided that I would give the speech for live streaming to a largely empty hall.”

“An escape plan through the kitchen into an unmarked police van was devised,” she continued. “I was surrounded by about four cops. Protesters were sitting on the stoop outside the door through which I exited, but we had taken them by surprise and we got through them.”

It is impossible to imagine a Leftist speaker being besieged in such a way; their determination to silence any dissenting voice is only getting stronger, and it is for such reasons that AFA celebrates our Heroes of Conscience.   It is also why we are particularly proud of having Heather Mac Donald keynote this event. 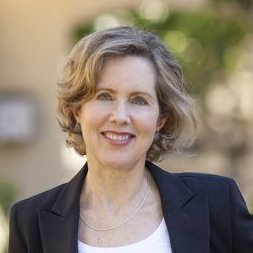 Heather Mac Donald is the Thomas W. Smith Fellow at the Manhattan Institute and a contributing editor of City Journal. She is a recipient of the 2005 Bradley Prize. Mac Donald’s work at City Journal has covered a range of topics, including higher education, immigration, policing, homelessness and homeless advocacy, criminal-justice reform, and race relations. Her writing has appeared in the Wall Street Journal, Washington Post, New York Times, Los Angeles Times, The New Republic, and The New Criterion. Mac Donald’s book, The War on Cops (2016), warns that raced-based attacks on the criminal-justice system, from the White House on down, are eroding the authority of law and putting lives at risk.  She also has a new book, The Diversity Delusion, due for release in September.

A lawyer by training, Mac Donald clerked for the Honorable Stephen Reinhardt, U.S. Court of Appeals for the Ninth Circuit, and was an attorney-advisor in the Office of the General Counsel of the U.S. Environmental Protection Agency and a volunteer with the Natural Resources Defense Council. She has testified before numerous U.S. House and Senate Committees. In 1998, Mac Donald was appointed to Mayor Rudolph Giuliani’s task force on the City University of New York. In 2004, she received the Civilian Valor Award from the New Jersey State Law Enforcement Officers. In 2008, Mac Donald received the Integrity in Journalism Award from the New York State Shields, as well as the Eugene Katz Award for Excellence in the Coverage of Immigration from the Center for Immigration Studies. In 2012, she received the Quill & Badge Award for Excellence in Communication from the International Union of Police Associations. In 2016, she received the Excellence in Media Award from the National Police Defense Foundation’s State Troopers Coalition.

A frequent guest on Fox News, CNN, and other TV and radio programs, Mac Donald holds a B.A. in English from Yale University, graduating with a Mellon Fellowship to Cambridge University, where she earned an M.A. in English; she also studied in Italy through a Clare College study grant. She holds a J.D. from Stanford University Law School.

Join our dinner and hear more from this courageous and brilliant truth-teller. 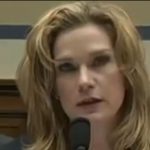 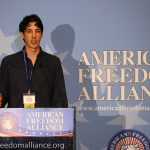