I’m  sort of surprised to find myself recommending anything from Mother Jones, but this 2014 article about the media’s role in mass shootings is spot-on.

…As part of our investigation into threat assessment, Mother Jones documented the chilling scope of the “Columbine effect”: We found at least 74 plots and attacksacross 30 states in which suspects and perpetrators claimed to have been inspired by the nation’s worst high school massacre. Their goals ranged from attacking on the anniversary of Columbine to outdoing the original body count. Law enforcement stopped 53 of these plots before anyone was harmed. Twenty-one of them evolved into attacks, with a total of 89 victims killed, 126 injured, and nine perpetrators committing suicide. (See more about this data here.)

As they plan to strike, many mass shooters now express their desire for fame in comments and manifestos posted online. “They do this to claim credit and to articulate the grievance behind the attack,” [Federal Bureau of Investigation’s supervisory special agent] Simons told me. “And we believe they do it to heighten the media attention that will be given to them, the infamy and notoriety they believe they’ll derive from the event.”

Despite whatever delusions or obsessive grievances they may be experiencing, many perpetrators are keenly aware of how their actions will be seen by the media and the public. “A lot of times they thrive on posing,” says Reid Meloy, a forensic psychologist at the University of California-San Diego and a leading researcher on targeted violence who has interviewed and evaluated mass killers. He cites the police booking photo of Jared Loughner, who shot Rep. Gabrielle Giffords and 18 others in Tucson, Arizona, in 2011. “He’s got that contemptuous smile, like it’s a great pose. The savvy of these individuals to capitalize on visual exposure should not be underestimated.”

A month before the Tucson rampage, Loughner posted what he called “a foreshadow” of his attack in comments on his MySpace page: “I’ll see you on National TV!” He got what he wanted—and then some. His booking photo “flashed around the world, at once haunting and fascinating,” Washington Post media reporter Paul Farhi wrote three days after the massacre. “Dozens of newspapers placed the photo atop their front pages, burning Loughner’s visage into the American consciousness.” (The Daily News ran a “nearly life-sized” version on its front page, Farhi noted, with the headline “Face of Evil,” while the New York Post ran a similar front page that blared “Mad Eyes of a Killer.”) Several of the nation’s largest news outlets have continued using the image in stories and broadcasts ever since.

The media faces a growing challenge in how its content is spread and recycled. When I asked various law enforcement and forensic psychology experts what might explain America’s rising tide of gun rampages, I heard the same two words over and over: social media. Although there is no definitive research yet, widespread anecdotal evidence suggests that the speed at which social media bombards us with memes and images exacerbates the copycat effect.

“When it gets played up so much in the media, it becomes heroic to the kids who are thinking about doing it.”

Meloy and other threat assessment experts recommend some specific changes by the news media to address the copycat problem. Attackers’ names should be used minimally—and their images even less so. “Their use can have a dangerous effect on other young men vulnerable to dark and violent identifications with the perpetrators,” Meloy says. “When real life for these individuals is so blighted in terms of love and work, they turn to the anti-heroes.” The narcissism running through many copycat cases is even more troubling in this regard: “They don’t just want to be like them—they are envious and want to one-up them,” Meloy explains. Copycats will aim to accomplish that either by going for a higher body count, he says, or, as in the Virginia case, killing in a more sensational way.

Read the whole article here including their six recommendations for how the media can reduce their impact on school shootings. 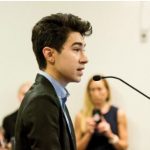 Preston: Supt. Runcie and members of school board have failed to keep our students safeAFA 2018 Conference, School Shootings 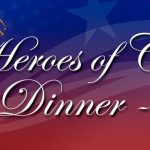