Close to 120 people attended last Sunday’s AFA picnic at the glorious Eden Gardens in Moorpark.  The shady, oversized patio area where we held the picnic provided a cool refuge from the 100+ degree temperatures,  the cold beverages flowed freely, and Danny D, a Sinatra-style crooner, set the perfect tone for the afternoon.

The picnic is our annual break from the weighty issues we normally dive into, and a time to spend just having a great time with our community of passionate and concerned members.  And this year,  an astounding  30% of those attending were new to AFA. 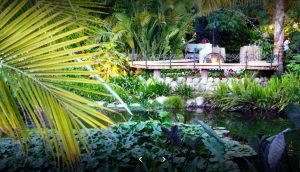 Our speaker line-up began with a number of candidates for various offices here in the LA area.  No, we are not a political organization but it’s important to offer a stage to candidates who fight for freedom in the political arena.  First, Amy Chen delivered an address concerning the the various Leftist-agenda decisions being made in the schools and the decreasing opportunity for parents to have a say in their children’s education.   Dr. Chen is a  candidate for Conejo Valley School Board.  Next, Antonio Sabato Jr. , a candidate for Congress in the 26th District, spoke on issues that included the necessity of voting and the importance of the rule of law, in particular in the arena of legal immigration.   Mark Reed, running for Congress in the 30th district, also exhorted us to ensure that we vote and spoke of various issues of concern to him.  In addition, Rhonda Baldwin Kennedy, running for State Assembly in District 44, and Tom Adams, candidate for Thousand Oaks City Council also spoke.  Great candidates, each one passionate and dedicated to the people of this great state.

Following the political interlude, Braeden Sorbo, a high-school senior home-schooled by his mother Sam Sorbo (actress, producer, keynote at our Free Speech conference), spoke on the entitlement attitude of most millenials.  He explained how the only real feelings of satisfaction come from a job well done, something that the coddling and “everyone gets a trophy” mindset of today actually steals this potential for satisaction from our children.  Watch our YouTube channel for the video which will be posted shortly.  Eloquent and wise, his talk gave us all hope for “kids these days.”

The astounding Bill Whittle, our featured speaker, gave a  riveting talk that described the polar opposite worldviews of the Left and the Right, interwoven with tales of cuttlefish, military history and cultural commentary and insight of all kinds.  Watch the video – every minute is genius!

We do exceptional work at AFA, which results in a really exceptional community of people.  It was a terrific afternoon, being  among people who are caring, curious and concerned about the nation and freedom generally.

Be sure to check out our YouTube channel!AFA News, AFA Videos 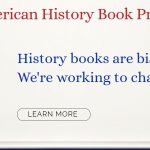