The AFA 2019 Heroes of Conscience Awards Dinner – a quick note

The AFA dinner was beyond-belief amazing, to be perfectly honest.

We had just about 300 people, and honored Bill Becker with our American Freedom Award, Brandon Straka with our newly-created, just for him, Game Changer award, and of course, me, with the AFA Hero of Conscience Award. 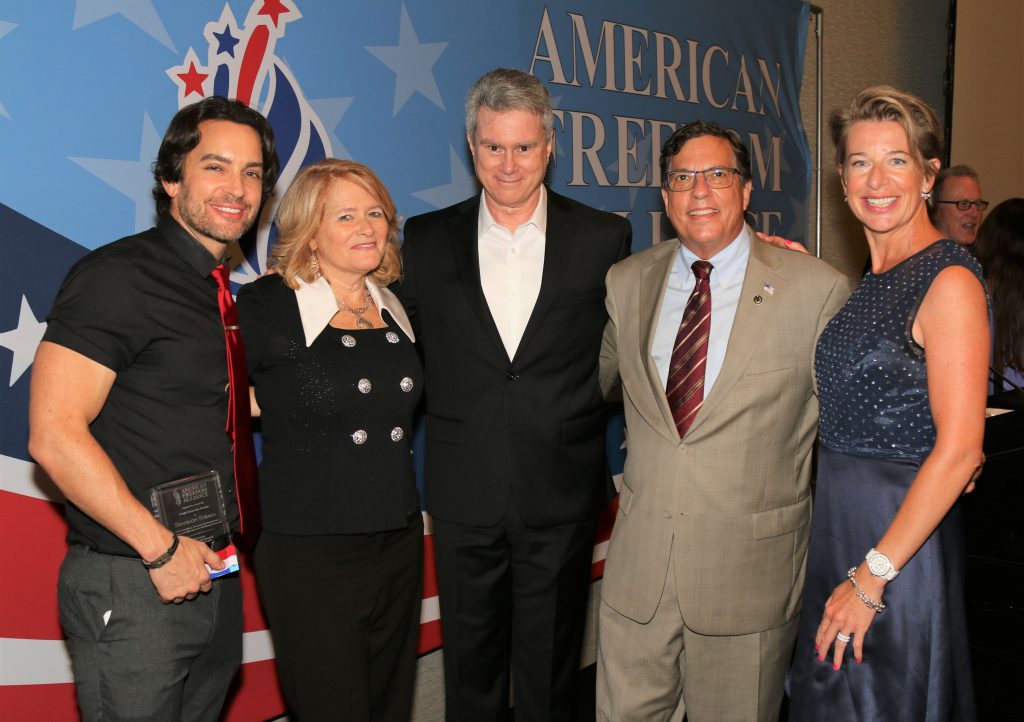 Katie Hopkins was our keynote speaker, and her brilliance, inspiration, profundity and humor were astounding. She was a pitch-perfect cap to an already stunning evening.

You can find the text of the programme, including tributes, at this link. 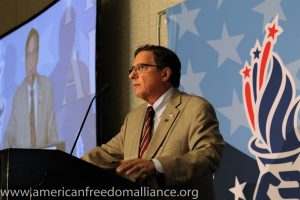 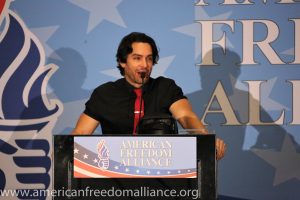 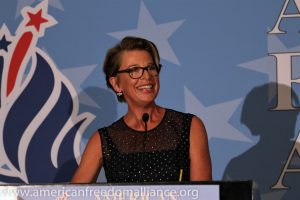 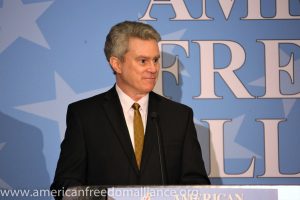 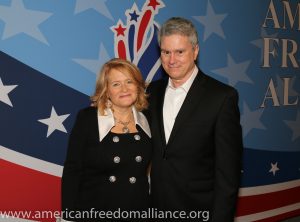 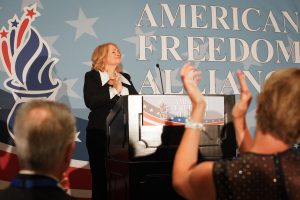 And Bill Whittle was our Master of Ceremonies, handling every single piece of this event with insight, humor and brilliant observations. More photos to come but know it was just one astounding piece after another.

IN ADDITION, we presented FREEDOM STARS to two individuals who go above and beyond in their support of AFA. Celeste Greig and “The Other Doctor Karen,” Karen Kenney, were this year’s Freedom Star recipients, both true friends to freedom, to AFA, and to us personally.

And a surprise, we presented Katie Hopkins with a “Winston Churchill Award,” recognizing the need for “more Churchills, fewer Chamberlains,” and acknowledging her Churchillian refusal to surrender and determination to fight for freedom, wherever the fight brings us.

Yes, it was a jam-packed evening! In attendance we also had Frank Gaffney, Phil Haney, Larry Elder, Wink and Sandy Martindale, Michael Antonovich, Sabo, a LONG list of candidates and a whole roomful of amazing freedom-loving people.

And a resounding THANK YOU to our sponsors:  Ashley Wells Lewis, Barak Lurie, Howard and Sonya Waldow, and

Videos of the event are here

More videos of this and other events can be found at our YouTube channel.

A few notes:
1) The Hilton had been harrassed for weeks leading up to the dinner, with people promising – not threatening, but promising – to protest the event and to disrupt it.  It seems that word had been spread by the SPLC that a hate group – US – was holding an event there and that people should make their displeasure known.  AFA was referred to as a neo-Nazi group, a hate group, the usual invective, all of which is not only patently absurd but exactly the opposite of what we are.  Fortunately, the Hilton didn’t bat an eye, unlike so many other venues, and just did all they could to make us safe.  It may be because we have a good relationship with them, it may be because our first event there was hosting Geert Wilders who travels with his own small army, plus the gigantic amount of security we and the hotel had to provide including a ballroom of SWAT, or it just may be their policy to not back down, to support free speech, I don’t know.  In any event, they didn’t back down, we had a pretty visible police presence and private security on top of it.
As it happened, though, there were NO protesters – the Hilton was steadfast in refusing to back down and those who did take the time to pick up a phone to harrass them apparently couldn’t be bothered to get themselves over to the Hilton. Important lesson learned: STAND FIRM. The more venues that refuse to be intimidated, the better. Again, “more Churchills, fewer Chamberlains.”

2) The police who were there were SUCH HUGE FANS, of us, of our message. They were overjoyed to be put on duty protecting us, and loved every minute, as did the private security that we were compelled to hire – peace through strength.

3) Every single person in that room, with the possible exception of an SPLC infiltrator (if there was one), has a palpable love of freedom, of rights, of America, of our values. Every single one. And every one is concerned one way or another about losing them. Hate-group? Insane. I HOPE The SPLC was there frankly, because it’s impossible to walk away from such an event and not see who we are. 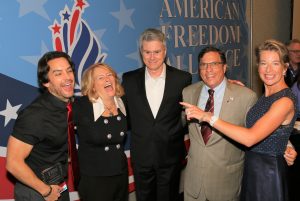 4) A HUGE thank you to Marc Franklin for the FANASTIC tribute videos he made, and the great job with all the video tech and keeping the evening running smoothly.

5) Another huge thank you to Laurie Bienstock and her husband Cion for their spectacular graphics and printing.

6)  Thank you to Michael Lee Greer, Gary Aminoff, John Hancock for all you did to make this the amazing event that it was, and to all our volunteers for making the evening a real celebratory gala. 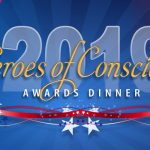 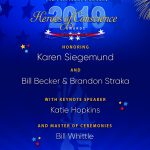