We are delighted to announce our October conference:

October 5 and 6
a two-day conference

It’s  apparent that there’s a wind – a STRONG wind – of freedom gusting across the globe.  Brazil’s new President Bolsonaro; Italy’s Deputy Prime Minister Matteo Salvini, the Brexit movement, the election of Donald Trump here in the US, and the election of Boris Johnson as Prime Minister in England – these are just a few examples of people rejecting freedom-destroying policies and attitdues, and embracing, wherever possible, choices that speak of freedom, self-determination, sovereignty for themselves and their nations.

This conference will bring leaders of freedom-fighting movements from around the world together in one place:  Los Angeles, California.  We’ll be able to 1) discuss and explore the various issues nations are contending with and difficulties they’re facing; 2) share, compare and contrast the various strategies used for addressing them; 3) create an opportunity for networking, sharing, collaborating, and to make public statements in ways that might not be permitted elsewhere.  Speakers will include politicians, scholars, activists and journalists for a broad and well-balanced examination of the current state of the fight FOR freedom and AGAINST tyranny.

Join us for an extraordinary two-day conference where we bring together these key players from all over the globe to hear the stories of the battles they’re waging, what the specific faultlines are, the successes and challenges they’re facing, and what we can do to empower these freedom fighters. 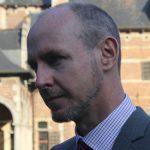 Daniel Hannan – writer and columnist. He has represented South East England as a Conservative MEP since 1999, having been elected five times.  He was a founder of the Vote Leave campaign in 2016, and played a prominent role in the British campaign to withdraw from the European Union. The Guardian calls him “The man who brought you Brexit.”  He is the author of eleven books, including New York Times bestseller The New Road to Serfdom and Sunday Times bestseller Inventing Freedom: How the English-Speaking Peoples Made the Modern World.

He is President of the Initiative for Free Trade, and writes weekly columns for the Sunday Telegraph, Conservative Home and the Washington Examiner.

Dr. Thierry Baudet – Dutch jurist and philosopher. He published ten books about conservative thought in the Netherlands and a recent 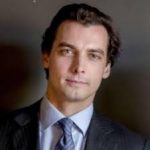 one, The Significance of Borders:  Why Representative Government and the Rule of Law Require Nation States in English. Dr. Baudet worked as a tv and radio pundit before founding a thinktank named “Forum for Democracy” (FVD). In 2016, Baudet turned FVD into a party, which just topped the nationwide polls in the March 2019 Provincial and Senate elections. Dr. Baudet is a strong proponent of sovereignty, controlled immigration, and a return to conservative aesthetics and values. 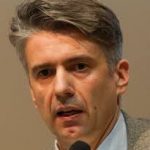 Marc Jongen – German Philosopher and Member of the Bundestag. He is Spokesman on cultural policy for the “Alternative for Germany” (AfD) parliamentary group and member of the AfD’s federal policy commission. In 2017 he gave a speech at Bard College on populism in politics, against which numerous US-intellectuals protested in an open letter – video of his talk at Bard is here. 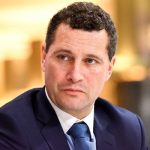 Steven Woolf – Member of the European Parliament representing the UK from 2014 until 2019. During the momentous 2016 United Kingdom Referendum on leaving the European Union (Brexit) Steven played a key role in the debate and in particular led on the crucial issue of immigration. Since leaving the European Parliament Steven founded the Centre for Migration and Economic Prosperity, CMEP, a think tank that argues for sensible, controlled immigration policies. 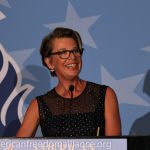 Katie Hopkins – British journalist and activist whose advocacy for freedom and cultural sovereignty has placed her on the front lines in many of these arenas.  She was electrifying at the David Horowitz Freedom Center’s West Coast Retreat in April, and her documentary, Homelands, is a poignant tale of what’s happening in Europe today. In addition, her keynote speech at AFA’s Heroes of Conscience Dinner in August 2019 has been a blockbuster hit. 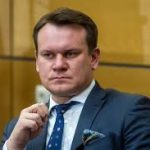 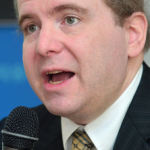 Lawrence Peck  – a native of Los Angeles,  Lawrence Peck is recognized by many in the U.S. and Korea as the leading expert on pro-North Korean activities in the U.S., the foremost authority on pro-North Korean groups and activists here.  For six years, he lived and worked in South Korea for some large business groups, and he continues to visit there on a regular basis to give lectures and participate in seminars hosted by think tanks and conservative, pro-U.S. groups. He is an active member of various patriotic and conservative Korean and American organizations in both the U.S. and Korea, and serves as an adviser to the North Korea Freedom Coalition in Washington, D.C.  His articles, and reports based on his research, have appeared in Korean and U.S. newspapers, magazines and websites, and he has been interviewed by Korean TV and radio news programs in both Korea and the U.S. 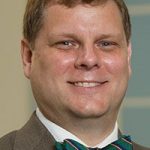 Dr. Carey Roberts – Professor of History and Associate Dean of Liberty University’s College of Arts and Sciences. Professor Roberts earned a M.A. and Ph.D. from the University of South Carolina. He serves on the editorial board of Anamnesis: A Journal for the Study of Tradition, Place, and ‘Things Divine’ and the online blog, Nomocracy in Politics.

Trevor Loudon – author, filmmaker, and public speaker from Christchurch New Zealand. He is the author of Barack Obama and the Enemies 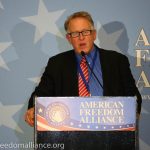 Within, and The Enemies Within: Communists, Socialists and Progressives in the U.S. Congress, which became the basis for the documentary Enemies Within, released in 2016. A Fellow of the American Freedom Alliance, Trevor is currently working with the Capital Research Center on the film series America Under Siege. 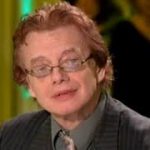 Guy Milliere – Distinguished Senior Fellow of the Gatestone Institute and a Fellow of the American Freedom Alliance.  Guy was a Professor at the University of Paris, an expert for the European Commission and the President of the Turgot Institute. He has published 50 books on France, Europe, the United States, and the Middle East. He is the author of thousands of articles published in France, Israel and the United States. His last books are What Trump Wants, an analysis of the Trump doctrine, and How Civilizations Perish, an analysis on the decline and fall of Western Europe. He is working on an autobiography, Dissident, that will be published soon. He was awarded the Classical Liberal Prize for all his achievements. 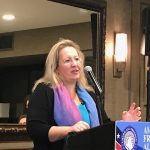 Elisabeth Sabaditsch-Wolff – Austrian speaker and author.  Her free speech case went all the way to the European Court of Human Rights where she lost, in a case that bodes ill for free speech throughout Europe. 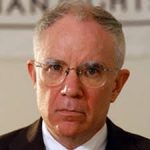 Aaron Rhodes – an international American human rights activist, university lecturer and essayist based in Hamburg, Germany. He is a co-founder of the Freedom Rights Project, a human rights research initiative and think-tank. He is also President of the Forum for Religious Freedom-Europe.  Most recently he published a seminal book The Debasement of Human Rights:  How Politics Sabotage the Ideal of Freedom 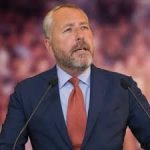 Mischaël Modrikamen –  Belgian right wing politician and lawyer. He is the co-founder and leader of the People’s Party. He is the vice-president of the Alliance for Direct Democracy in Europe (ADDE) and the publisher of Le Peuple. 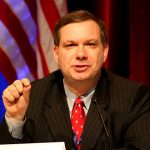 John Fund – National affairs columnist for National Review. He worked for the Wall Street Journal for more than two decades, starting in 1984, and was a member of the newspaper’s editorial board from 1995 to 2001.  Fund has written for Esquire, Reader’s Digest, Reason, and the New Republic and is the author and co-author of several books including Stealing Elections: How Voter Fraud Threatens Our Democracy. He is also an expert on populism, and has written and spoken extensively on issues relating to European politics. 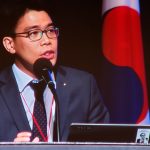 Dr. Daniel Pyungse Cho – Research Fellow at Truth Forum, an intercollegiate organization in Korea dedicated to educating the young generation on the conservative values of individual liberty and the threat of totalitarianism. He specializes in North Korea and the infiltration of its ideologies in South Korean colleges and schools. He is a regular contributor to several Korean news sites and magazines. He currently lives in Maryland translating and writing books on conservatism. 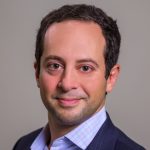 journalist, a columnist, and an author and an occasional political adviser, on an ad hoc basis, to members of Polish and other European right wing political parties.  Mr. Tyrmand is a Claremont Institute Lincoln Fellow, a Conservative Partnership Institute Haggerty-Richardson Fellow, and a member of the Philadelphia Society.

Roman Haider – Member of the European Parliament in the Identity and Democracy (ID) group since July 2019. Prior to that, he 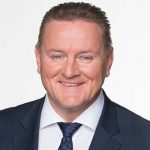 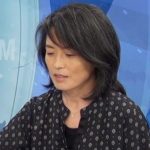 Jeesoo Hong – translator, author and columnist from South Korea. She has a B.A. from Yonsei University, and Master’s Degrees from Columbia University’s School of International and Public Affairs, and Harvard University’s Kennedy School of Government She was a primetime news anchor for Korean Broadcasting System (KBS) and is most recently the author of PC that Catapulted Trump to the White House explaining the prevalence of “PC-culture” in the US and Europe, and how it contributed to the election of Donald Trump. She is the translator of many books including The Accidental Superpower and The Absent Superpower by Peter Zeihan. She is aghast at what’s happening in Western Societies and is trying to tell Koreans about it as a cautionary tale. 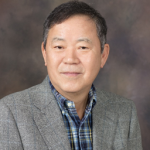 Pyung-Woo “Peter” Kim – an attorney in Korea and the state of Illinois, Lawyer Kim is the founder and president of the Save Korea Foundation.  He studied law at Seoul National University and Harvard Law School, and was a judge in the Seoul and Choongjoo Courts.  He was also the 45th President of the Korean Bar Association, s professor at Sogang Law School, and a visiting scholar at UCLA from 2012-2017.  He is the author of three books including Impeaching the Impeachment and Impeachment Coup.  He also was defense counsel for President Park, Guen-hye, in her 2017 impeachment case

And others to be announced soon.

The conference will take place over two days, October 5th and 6th.  The schedule is here.

In addition, there will be a VIP dinner on October 5th, with most of our speakers attending including Daniel Hannan, and with Thierry Baudet to keynote.  The dinner itself will be one of the most unique events in Los Angeles.  We promise – you will NOT want to miss a minute of any of this!

Tickets are available here, as are sponsorship opportunities.

Don’t wait, as tickets will sell out. 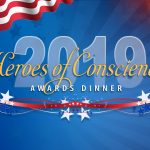