The Truth Shall Get You Put in (FB) Jail

We’ve known this for quite some time, especially during “COVID TIME” and the pre and post election season:  posting the truth on social media is the path to being silenced.  Between the “independent fact checkers” who warn about “partially false” information or statements “taken out of context,” only, of course, advancing the Left’s narrative, and the warnings about “violating community standards,” we are slowly, inexorably, being trained as to what is acceptable to say and what isn’t.

And it’s only gotten worse.

Now, America’s never seen that movie – but we know how it ends.

So, I’m going to ask you, ladies and gentlemen, whatever it is that you care about, make that your second concern. Your first concern is the ability to communicate with your fellow man. If you can’t do that, you can’t do anything.

And boy was he right.

That not even the President of the United States of America is allowed to communicate is a turn of events that is stunning, and as Bozell indicates, a sign of the totalitarianism that is upon us.

I write this though for two reasons.

First, I myself was just for the first time silenced on Facebook for a period of 24 hours for a post about a friend’s true experience with COVID.  To silence me because of this is chilling; while this might seem a trivial thing, apparently, it’s sufficiently relevant to

FaceBook inter alia that my truth-telling about it is insupportable.  A true story, with the obvious conclusions, must be kept out of the public sphere to allow the various control-enabling story lines to swell unimpeded.

And I note this also because we are starting to amass articles and experiences of those also being silenced.  Mine was trivial and therefore concerning on its face, but others are far more foundational.

Hang onto your hats.  It’s going to get very bumpy for a while. 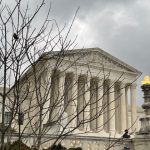 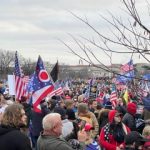 The Other Side of the StoryAFA News, Defending Free Speech, Election 2020, Western Civilization