The Western story stretches back some 2,500 years to the city-states of ancient Greece. In this eight-part series, Victor Davis Hanson explores the many connections between the Greeks (and the Romans) and ourselves, and makes the case that antiquity is a mirror into which the modern world must gaze to truly see itself.

The full playlist is here

1) Why Read Classical Literature – From Homer to Augustine?

Why bother to read things written 2,500 years ago? Because human nature has not changed, and so the classical authors still have much to teach us. In fact, thinkers like Homer and Socrates often have better answers to our problems than those provided by modern pundits. The classical authors were not distracted by Twitter and Facebook or hobbled by political correctness; they give it to us straight.

2) Classical Warfare And the Birth of Western Military Dynamism

How was the West able to conquer the world, and how does it manage to maintain its military edge even today? Part of the answer can be traced back to the Greeks and Romans, whose military innovations comprise a formidable legacy that separates today’s Western armies from their less-lethal adversaries.

3) Can Democracy Be Dangerous?

The Greeks invented democracy, but they never perfected the formula. Unrestrained democracy leads to mob rule, so the Romans instituted a republic with checks and balances. But placing too many checks on democracy leads to oligarchy and tyranny. Modern-day Americans want equality and liberty, but can we have both in equal measure? We’re still tinkering with the formula, trying to get it right.

4) The Origins of the Western Mind: The Synthesis of Judaism, Christianity and Classical Learning

Why did Western civilization survive the fall of Rome? The answer, in part, is that Rome had become Christianized, thus infusing Western civilization with a Judeo-Christian spirituality that appealed to the Northern European “barbarians.” In embracing Christianity, the barbarians embraced Rome too, even as they destroyed its empire. The synthesis with Judaism and Christianity assured the West’s survival.

5) The Rise of Islam and its Wars with Europe

The current tensions between Muslims and the West comprise simply the latest chapter in a long story. Islam spread with extraordinary speed during the first century of its existence, at Christianity’s expense. Later, Islam reached its apogee when the Ottoman sultans pushed their armies to the gates of Vienna. But the tide turned when Christianity came to terms with rationalism, while Islam turned back to fundamentalism when challenged by progress and change.

The Greeks, as the saying goes, had a word for it – and rules to go with it. Classical authors who worked within a given literary genre always followed those rules, which governed their vocabulary, meter, style, form, content and length. The modern world has rejected these rules in the name of freedom, but this has not served so much to free the author as to confuse him, and his audience too.

7) Why Did America Win Its Wars, And Can It Still?

The American way of war is an especially potent offshoot of the Western military tradition, one that traditionally has deployed overwhelming power to annihilate the enemy and bring the conflict to a quick conclusion. But Americans are restless and impatient, which gives an opening to enemies who can avoid pitched battles. They can defeat us by outlasting us – as happened in Vietnam, and may happen in Afghanistan.

8) Critics of the West: From Tacitus to Michael Moore

For more than two millennia, Westerners have criticized their own culture. Some of these homegrown critics object that Western civilization is unjust because its fruits are not evenly distributed. Others fear that the West has become decadent, having lost touch with the virtues that made it great. These self-critiques are beneficial up to a point, because they prod the West toward greater progress. But when the critics get out of hand, the results can be catastrophic. 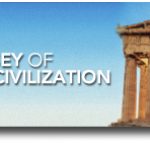 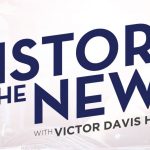