“Unless we do something, they can ban anyone:” Prager U fights back against Youtube/Google

Barak Lurie, advising in Prager U’s lawsuit against YouTube/Google, spoke of the suit at the American Freedom Alliance’s conference on the Left’s suppression of free speech on November 5th.

Looking into why students were unable to find more recent Prager U’s videos online, they discovered that youtube had flagged their videos as having sexual content and/or violence, so that viewership was restricted – despite there being neither sexual content nor violence.  Prager U videos have been viewed by over 500 million viewers – it’s no wonder, he says that Google/YouTube sees them as a threat.

Referencing FreedomX attorney Bill Becker who had earlier described this kind of suppression as “viewpoint discrimination,” Lurie, an American Freedom Alliance board member, also noted a number of cases where google is essentially rewriting history by providing revisionist definitions or summaries of historical events and figures.

Lurie also made the point that the internet, and google, are a “de facto public forum” and as such have no right to restrict speech on their platforms.

Because of the increasing restrictions imposed by Google and ​Youtube and the blatant suppression of  conservative viewpoints, Lurie said that​ ​they gave​ PragerU no choice but to fight back.  For ​PragerU, he said, “this is an existential fight,”  not only for Prager U but all whose voices are being suppressed because of “viewpoint discrimination.”   “Unless we do something, they will ban us altogether.”

He also discussed his newly released book, Atheism Kills, which has become a bestseller, and which will be featured in an upcoming AFA Literary Cafe on January 20th.

“Never be afraid: speak your mind, speak the truth, and God will protect you,” Lurie told the audience at the conference. 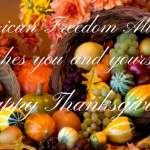 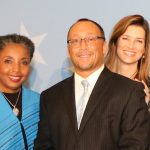