We asked, you answered!

36 members of the AFA community submitted their reading recommendations.  The titles have been loosely sorted into categories, and where commentary was added I’ve included it here.

Up From Slavery by Booker T. Washington

Operation Solo: The FBI’s Man in the Kremlin by John Barron (published by Regnery) — a relatively unknown bit of history set in the days when the FBI was a leader in the fight against Communism

Vindicating the Founders by Thomas West

While 6 Million Died by Arthur D. Morse – the true story of US government’s stealth antisemitism and FDR’s action, inaction, and subterfuge before, during, after Holocaust

The Unmaking of a Mayor by Wm. F. Buckley – a fun read in many ways. Amazing how a conservative 55 years ago had some of the same challenges we have today (esp. w/media)

The American Miracle:  Divine Providence in the Rise of the Republic by Michael Medved

Reflections on the Revolution in France by Edmund Burke

The Second World Wars: How the First Global Conflict Was Fought and Won by Victor Davis Hanson, and anything else by Dr. Hanson

The True Believer: Thoughts On The Nature Of Mass Movements by Eric Hoffer

A Conflict of Visions by Thomas Sowell

Anything by Victor Davis Hanson

The Politically Incorrect Guide to Islam and the Crusades by Robert Spencer. This excellent work is necessary for understanding and appreciating this subject.

Stealth Jihad; How Radical Islam Is Subverting America Without Guns or Bombs by Robert Spencer. This excellent work describes in detail how the Muslims are using cultural and political jihad to take over our country.

Modern Day Trojan Horse: Al-Hijra, the Islamic Doctrine of Immigration, Accepting Freedom or Imposing Islam?  By Sam Solomon and E Al Maqdisi This work describes how the Muslims are using immigration as their preferred form of invasion.

Refugee Resettlement and the Hijra to America by Ann Corcoran. This work describes how our government and Christian organizations are aiding the Muslims in their invasion of our country.

The Mosque Exposed by Sam Solomon and E. Al Maqdisi. This work shows the sinister side of what mosques are really used for.

Anything by Robert Spencer

The End of Faith; Religion, Terror, and the Future of Reason by Sam Harris. This work articulates the dangers and absurdities of religion.

god is not Great; How Religion Poisons Everything by Christopher Hitchens

God The Failed Hypothesis; How Science Shows That God Does Not Exist by Victor J. Stenger

The Gulag Archipelago by Alexander Solzhenitsyn – An incomparable indictment of communism.

Economics in One Lesson by Henry Hazlitt

The Wealth and Poverty of Nations, by David Landes

The Plot Against the President by Lee Smith

How to Destroy America in Three Steps by Ben Shapiro

The Death of Liberalism by R. Emmett Tyrell

The Stakes: America at the Point of No Return by Michael Anton is a terrific book on what the nation is facing in the current crisis and with the upcoming election. A must read!

Game of Thorns by Doug Wead is a plainly written account of the behind the scenes and in the public scenes of the 2016 election.

Defender in Chief by John Yoo

Apocalypse Never: Why Environmental Alarmism Hurts Us All by Michael Shellenberger who is a respected scientist and AGW activist.

Anything by Eric Metaxas

The Story of Art by Ernst .H. Gombrich …it is the most popular and most famous book of Art ever published.

Cynical Theories: How Activist Scholarship Made Everything about Race, Gender, and Identity―and Why This Harms Everybody by Helen Pluckrose and James Lindsay

Crisis in the Arts: Why the Left Owns the Culture and How Conservatives Can Begin to Take It Back by Andrew Klavan (David Horowitz Freedom Center)

The Devil’s Pleasure Palace and Fiery Angel by Michael Walsh

Fear God and Take Your Own Part — a collection of writings and speeches by President Theodore Roosevelt. Particularly important is his speech on Americanism.

The Vanishing Adult by Sen. Ben Sasse — a strong case for traditional, family values by one of our most thoughtful Congressional leaders

Take No Prisoners by David Horowitz — the opposite of Arthur Brooks’ book — a primer on how and why to fight the left from one of the right’s most powerful warriors.

The Maga Doctrine: the Only Ideas that Will Win the Future, by Charlie Kirk — a brilliant look at what we must know, and what we must do to get Trump reelected and save this country.

Madness of Crowds by Douglas Murray

Diversity: The Invention of a Concept by Peter Wood

Who Killed Homer: The Demise of Classical Education and the Recovery of Greek Wisdom  by Victor Davis Hanson

All the documents posted on unconstrainedanalytics.org

Starship Troopers by Robert Heinlein — a hard look at who deserves to be a citizen, and the role of the military.

Who Are We? The Challenges to America’s National Identity  by Samuel Huntington – his last book examines the impact of multiculturalism and unrestricted immigration on the United States.

Bully of Asia: Why China’s Dream is the New Threat to World Order – an extremely well-written historically-substantiated overview of China’s intentions towards Asia

Any book written by Diana West

The Plant Paradox by  Dr. Gundry. The premise is that lectins cause obesity and disease.

These are some of the comments submitted:

It is crucially important to read Frederick Douglass and Booker T. Washington because they are progenitors of the modern black conservative movement.

I’m reading “by author,” it seems: first Erik Larson and now Simon Winchester. I always read anything by Brian Fagan. Both Winchester and Fagan have written huge numbers of books; it’s all I can do to stay even with their publishing new ones!

I’m always reading at least 10 books at a time (not all topical to AFA — lots of nutrition, etc.) But that does mean there might be interest among the AFA crowd — whom I suspect are a lot of voracious readers — in lists from subjects that are not inherently just within the scope of AFA conference topics! (e.g. Your Cat by Elizabeth Hodgkins, D.V. M. is a book no cat owner should miss!)

We’re in the middle of a Marxist takedown. Time to prep for war.

People need to abandon the left/right construct, it’s designed to separate and control us.

I started studying Islam on my own in 2006. Initially, I decided that Islam was THE main problem affecting our world. Some time later, I connected the dots and came to the new conclusion that Islam wasn’t THE main problem but was plugged into something else – RELIGION itself. That religions and their nonsense have persisted into the 21st century is as amazing as it is frightening. Childhood religious indoctrination, more or less constantly reinforced 24/7 throughout the lives of ‘believers’, is the ONLY thing that keeps religion alive and, in the case of young children, represents a most severe form of child abuse. I was brought up in the Episcopal faith. I stopped attending church on my 8th birthday after hearing our pastor end his sermon with the words, “……so may we ever increase in our love and FEAR of the Lord…” although it took me another 40 years to come to the inevitable conclusion that there is no God and that all religious dogma is just a bunch of ridiculous nonsense. Since I have become an unbeliever, I have become a much happier person and feel infinitely more complete as an individual. One of my favorite declarations of identity is: “I am a human being. I share common ancestry with all life on this planet. I wan’t born with a blemish of ‘Original Sin’. I’m not guilty of a fabricated crime committed by a fictitious couple in an imaginary garden. I don’t need to have faith in your mythical god or adhere to your narrow-minded religious beliefs. I live my life with dignity and freedom, unshackled by the chains of faith and superstition.” In Reason I Trust, Nelson

Since the other side reads nothing but drivel and lies, we must be informed not only by data and facts, but learn how to convincingly approach those we need to persuade; that’s the hard part. Read everything you can get your hands on! 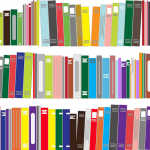 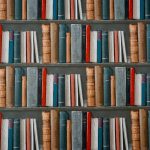