Dr. Carol Swain provided us with a quick synopsis, a set of action points and a number of important links, in addition to her outstanding speech which you can watch here:

Swain’s “What it’s like to be smeared by the Southern Poverty Law Center,”

Dr. Carol M. Swain is an award-winning political scientist, a former professor of political science and professor of law at Vanderbilt University, a lifetime member of the James Madison Society, and the founding director of the Carol Swain Foundation. Before joining Vanderbilt in 1999, Dr. Swain was a tenured associate professor of politics and public policy at Princeton University’s Woodrow Wilson School of Public and International Affairs. She is an author, public speaker, entrepreneur, and political commentator. Dr. Swain is the author or editor of eight books including Black Faces, Black Interests: The Representation of African Americans in Congress and The New White Nationalism in America: Its Challenge to Integration. Her commentary on current social and political issues can be heard nationally on Bott Radio and American Family Radio’s Two Minutes to Think About it with Dr. Carol M. Swain. She also maintains a blog page at Bethepeopletv.com. Dr. Swain received a B.A. from Roanoke College, M.A. from Virginia Polytechnic & State University, Ph.D. from University of North Carolina at Chapel Hill and M.S.L. from Yale. She lives in Tennessee. 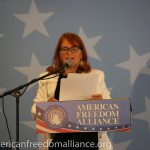 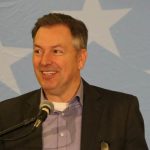 “Unless we do something, they can ban anyone:” Prager U fights back against Youtube/GoogleAFA News, AFA Nov 2017 Conference, Defending Free Speech