After the Veil, the Burqua and the Burkini, will the Islamic Muzzle Be Next in France? 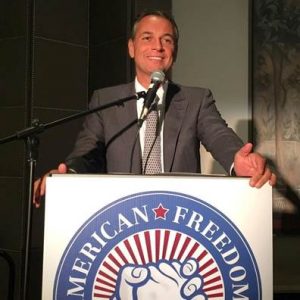 Philippe Karsenty, vice-mayor of Neuilly, France and a determined truth-teller regarding Islam and the media generally, was one of the speakers at the August AFA conference, “Islam and Western Civilization: Can they coexist?”

Here is the interview he gave after returning to France.

Yes, it’s in French.  But as long as speaking the truth in France is a hate crime, we will do anything we can to help tell the truth, this truth, that needs to be told.  And because a conference such as this one could likely not be held in France – imagine that! – we have developed an audience in France and other European countries that have similar restrictions on truth about Islam.

And this appalling photograph of the muzzled woman in Abu Dhabi is part of that truth. 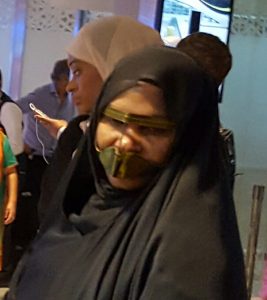 An utter horror on its own, it also helps answer our question about Islam coexisting with Western Civilization.  This is as inimical to all we stand for, all we believe in, as almost anything else we can imagine.

Find out more here about Philippe Karsenty and the work he does. 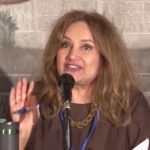 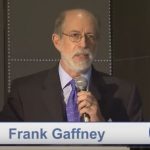 Victory over Jihad: Frank Gaffney on the Key to an Effective National Security PostureAFA 2016 Conference, Islam