The American Freedom Alliance has long had a reputation for hosting world-class conferences. By every measure, we outdid ourselves this past Sunday.  We heard this comment from a number of our attendees:

This was the best conference I’ve been to, ever, anywhere, on any topic.

The topic, of course, was one of profound importance and timeliness, and those who follow this issue – Islam and threat it poses to Western Civilization – are all too aware of the extent to which it is not only suppressed but deliberately whitewashed by every major civic and political institution.

Our news media (and Department of Justice!) scrubs 911 calls and muses over the possible motivation of someone who slaughtered innocent victims while yelling “Allahu Akbar.” Our schools propagandize shamelessly about the “religion of peace.”  And of course our government, out of either an excess of “political correctness” or else outright and deliberate complicity, consistently empowers those who are committed to harming us on various jihadi fronts.

And this is where the American Freedom Alliance comes in.  Where our media and educational institutions fail us, AFA — with the support of our donors and sponsors– takes the lead in educating, taking action, and supporting those who, against the juggernaut of propaganda and slander, insist on telling the truth, even at great personal risk.

In fact, as was noted repeatedly at the conference, it took great courage for us to host this event, and to invite a number of speakers who are targeted — even for death! — on various hate lists. Think about that for a moment – when telling the truth is a “hate crime” as it is in Europe, or is justification for a fatwa or other targeting, we have already lost more than we realize.

When one of your top budget items is security because the protection of the lives of your speakers and attendees is even an issue, you know you’re treading in waters that require courage – but the more courage required, the more important it is that we do what we do.

It is jihad.  Make no mistake.  And if we fight back now, on fronts like immigration, free speech, and education, and if we work now to ensure that those drafting our foreign policy and  military strategy have the freedom to act according to reality rather than misinformation or deliberate sabotage, it is our hope that we thereby diminish the likelihood of fighting back later on fronts that are far more destructive.

Here is a short description of the conference by one of our attendees:

Yesterday I attended an all-day conference, sponsored by the American Freedom Alliance, where I heard an incredible array of speakers on the matters of Islamic goals, strategies and domestic and global security threats. The presenters were American, Canadian, New Zealand, French, Austrian, Syrian, Israeli, Egyptian – each with outstanding credentials in their fields of Intelligence, Security, Law, Authorship, Diplomacy, Education, and the Military.  Altogether, they have written an impressive amount of books and papers that offer detailed and extensive information which is accessible but rarely sought by the public. But although it’s surely well known to (and sometimes even directly comes from) the American Intelligence community, it does not fit the “agenda” and is, therefore, largely dismissed by the current administration.  And it’s more than frightening.

But we take heart that there are those who, like our impressive array of speakers, our conference attendees, and our donors and sponsors, are engaged in doing what needs to be done.

A few more facts about the conference:
18 speakers, each experts in their field
3 panels:  Islam in the Culture, Islam on the Move,
Islam as a National/Global Security Issue
A sold-out venue
20 students sponsored by donors
Law enforcement and combat veterans sponsored by donors
4+ media outlets of which 2 were from Europe
Some articles already published on the conference are here and here from Breitbart, here from Democracy Broadcasting  and here from Henrik Clausen who came from Denmark to cover it. We also have this from Jean Patrick Grumberg who came to cover it  from Paris for his Dreutz network.

For our videos, please visit here, or our youtube channel here.

Due to the incredibly positive reaction to the overall caliber of this conference, AFA is now working towards hosting the same conference in a number of cities across the country.  Stay tuned for more information about this and other AFA events.
home page 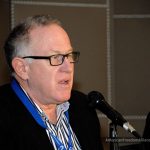 “Do You Support the Constitution or Not?” Trevor Loudon at the AFA ConferenceAFA 2016 Conference, News 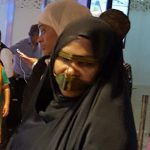 From Burqas to Muzzles: Respect for Women?AFA 2016 Conference, Islam, News