Forbes: Any Study Of ‘Gun Violence’ Should Include How Guns Save Lives

The impetus for AFA’s “School Shooting” conference was the Left’s  near-instantaneous mobilization of activists and children nationwide to demand gun confiscation in one guise or another.  That somehow “MORE GUN CONTROL” would be the answer to tragic events such as this flies in the face of logic, and in fact would render each of us more vulnerable to attack, even while stripping us of our freedom and right to defend ourselves.  Because of their rabid attacks, we are compelled to address the misinformation and power-grabs, as well as to reveal and discuss various other causes of these tragic events that the gun-grabbers can’t be bothered with.

And one aspect ignored by the gun-grabbers, addressed in this article from Forbes contributor Paul Hsieh, is this important point:  Any study of “gun violence” should include how guns save lives.  Of course, logic, facts and reason are irrelevant to those who seek only to control, and who are motivated by an agenda rather than legitimately addressing a problem.

As Hsieh points out, “there are three key principles all public health researchers and firearms policy analysts should remember.”  They are

* The value of firearms in the hands of law-abiding citizens should be measured in terms of lives saved or crimes prevented, not criminals killed.

* The right to self-defense does not depend on statistics and numbers.

The wealth of information in this article flies in the face of the mainstream press’s obsession with gun-blaming and their obsequious enabling of children to dictate policy out of emotion rather than knowledge.  As Hsieh concludes:

I support good public policy based on objective research, informed by a proper understanding of individual rights — including the right to self-defense. If we’re going to engage in gun violence research, let’s do it right — by recognizing both the positive and negative aspects of civilian firearm ownership.

Imagine if our media and policy-makers felt the same way. 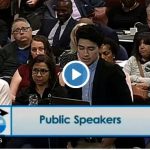 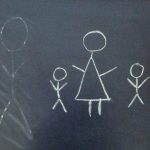