What:  Literary Cafe
When:  October 29th, 7PM
Where:  a private home in the Westwood area, address furnished upon RSVP

Artist Carrie Zeidman’s book GHOSTS is an exciting departure from AFA’s usual selections.  A book of truly stunning photographs, GHOSTS is a haunting work, one which evokes, page after page, key events in American and global history where freedom was fought for.  From a review of GHOSTS:

The book includes images Zeidman shot of places with historical significance to the Revolutionary War, the Civil War and World Wars I and II, Zeidman has digitally added in images of soldiers, prisoners, and even scenes of death and destruction, to accurately reflect what happened at the site.

“The ‘Ghosts’ images, to me, are an interpretation of what I saw in my mind when I stood on the ground where these tragedies occurred,” Zeidman says. “There were battlefields where thousands of men lost their lives in a single day; tropical islands where young sailors woke up in paradise and by nightfall were forever entombed in their own ship; beaches where heroes overcame their fear and bravely did what needed to be done to save or bring freedom to people they would likely never know.”

Zeidman’s digital artistry background is evident in the book. In 2012, she was given that year’s Distinguished Artist award by the city of Cupertino.

Carrie’s knowledge about each of the sites, her deep and somehow spiritual connection to these sites and to those who gave their lives for freedom, and her commitment to honoring them are guaranteed to make this Literary Cafe a truly unique experience.  The beauty of the photographs and the stories they tell will leave you feeling profoundly grateful for those who are now only ghosts.

Carrie Zeidman is a digital artist and photographer whose passions are photography, art, travel, and history, all of which are found in Ghosts. She is a tenth generation Californian and a fourteenth generation American.  She has won several awards for her work, including being named Cupertino Distinguished Artist of the Year in 2012. Her work has been represented in galleries, and her painting Freedom Rises in the East is in the permanent collection of the Mauermuseum at Checkpoint Charlie in Berlin, Germany. She lives in Cupertino, California with her husband Bob, who is also an author of several books.

As always, hors d’oeuvres and beverages are provided.

Join us for this very special evening. 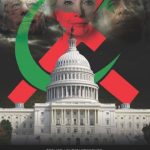