The Enemies Within: AFA Hosts the LA Premiere of Trevor Loudon’s Movie 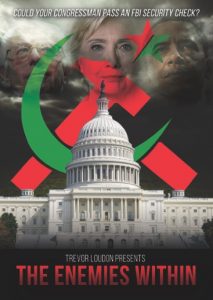 Trevor Loudon’s book THE ENEMIES WITHIN is a work of profound importance.  In it, Loudon reveals the extent to which our government is infiltrated by those who seek our destruction. Exceedingly well-researched and documented, it is a terrifying work.  If our news media were at all interested in investigating truth, rather than being actively engaged in concealing realities that impede their agenda, the contents of this book would have long been common knowledge.  As we know, of course, such is not the case.

Now, Trevor and his team have turned this into a film, a chilling documentary that is packed full of information, detective work, and interview after interview revealing just how badly our entire system of governance has been compromised, aided and abetted by those in power who support those who seek to destroy us.   It’s impossible to believe – yet, incredibly, it’s all true.

Trevor screened an earlier version of the film after our conference on Islam in August.  Now it is complete, and AFA is proud and delighted to host the LA premiere of the film on October 15th.  We’ll be showing the film under the stars at the historic 94th Aero Squadron Restaurant at the Van Nuys Airport, and will be providing a light dinner buffet, a cash bar, and an array of desserts, followed by Q&A with Trevor himself and a post-film reception.

Many of us wonder what we can do to further the cause of freedom, both in anticipation of this election as well as beyond it – this movie is a gigantic step in the direction of fighting against those who strive to steal our freedoms from us.  Come watch it with others equally concerned, and bring a friend. 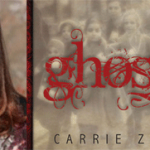 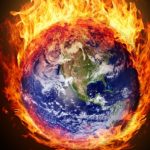