One of the recent poisons injected into our schools is the 1619 Project, a new anti-American approach to teaching US History that was created by Nikole Hannah-Jones at the New York Times.  Initially an article, this abomination has, despite the NYT’s own fact checkers, gained traction in a way only an American-hating, Left-wing, racially divisive bit of garbage could.  The premise is the recasting of our history with the “recognition” that this nation is predicated on the original sin of slavery, such that 1619, the year that the first slaves arrived in Virginia, rather than 1776, should be considered the year of America’s founding.  We all thought that Howard Zinn’s revisionist, America-hating textbook was outrageously destructive, based on lies, deceit, deliberately ahistorically deceptive and so deeply entrenched in our high school curricula that its impact on the current state of nation loathing is arguably the most potent.  But 1619 seeks to be even more destructive and pernicious.

We have Mary Grabar to thank for her stellar and brilliantly researched, fact-based and academically honest book Debunking Howard Zinn:  Exposing the Fake History that Turned a Generation Against America.  Reviews and articles about her book are here:

From Mary Grabar:  Why I Wrote Debunking Howard Zinn

Krystina Skurk at the Federalist:  Debunking Left-Wing Historian Howard Zinn is like Shooting Fish in a Barrel

The Independent Institute: A Review

Personally, I would like to see a copy of Dr. Grabar’s book given to each and every history teacher who uses Zinn’s book and ask each of them to take the HONESTY CHALLENGE by reading her infinitely more historically accurate and researched text, then ask each one to defend Zinn’s take on any of the major issues of the book.

And here are some resources related to the 1619 Project.

The New York Times Magazine:  The 1619 Project (behind the paywall)

The Pulitzer Center: The 1619 Project Curriculum

And aiming to set the record straight, this wealth of resources

The Federalist:  collection related to 1619.

Arthur Milikh at Heritage:  The Real Goals  of the 1619 Project

From Heritage: A Celebration of America – a collection of Heritage resources related to 1619

Gerard Baker at the New York Post: How the 1619 Project Slandered America

Keep checking back as we’ll be updating this resource list 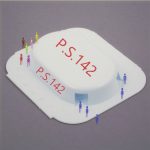