The Left’s tsunami of hate is vicious, violent and dangerous.  Their claims of “tolerance” and of “embracing diversity” are (almost) laughably false, and are only a part of the deception in service of their warfare against any kind of ideological dissent.

Join AFA’s powerhouse event addressing the various ways in which these dissenting voices – including yours and mine – are being silenced.  From social media’s obstruction of conservative voices, to YouTube’s systematic refusal to monetize conservative videos, to Google’s manipulation of search results, to the media’s being a propaganda vehicle for the Left generally, we see daily their all-too-effective domination of civic discourse.  Add to this the deliberately destructive and increasingly violent Antifa, BLM and the most pernicious of all, the SPLC  and we have a perfect storm of their efforts to monopolize the narrative in every domain.

After AFA’s recent inclusion on the SPLC’s hate list and their slanderous and vile attacks against even our August California conference, as well as their personal attacks on our speakers, we have been exploring various options for fighting back.  In a battle as obscenely asymmetric as this one, we turned to what we do best:  inform, expose, and inspire each of us to take action however we can to fight back against the outrageous hate from groups like these.

And thus, this conference was born.  We are putting the SPLC in the context of what they do:  a decades-long, systematic and deceitful campaign of hate against those whose beliefs differ from theirs,  and which uses tactics that are rooted in Maoism and Stalinism.

Our speakers are experts in  various aspects of this cultural warfare and will, separately and as a group, piece together the destructive practices aimed at silencing us and, most importantly, share with us ways in which we can combat the hate they sow.

AFA Fellow Trevor Loudon whose film “The Enemies Within” documented the infiltration of the Democrat Party by Communinst and other anti-American forces, and whose new documentary American Under Siege: Antifa is an in-depth expose of this fascistic group.  We will also be screening this film at the conference.

Dr. Jamie Glazov of The Glazov Gang and FrontPage Mag, whose book United in Hateoutlines clearly the origins and context of what we are dealing with today.  In addition, his own work has been threatened because of his having been blacklisted.

Dr. Carol Swain who has been the target of the SPLC and other hate groups for far too long, and who has been studying their tactics. She is an American political scientist, former professor of political science and law at Vanderbilt University, and former television host.

Christine Brim whose expertise in this area ranges from analyses of social media bias to the strategies and networking of these various hate groups.

Frank Gaffney whose Center for Security Policy has suffered due to the SPLC’s blacklisting, and whose efforts most recently include a number of strategies for ensuring that we all still are able to exercise our first amendment right to free speech without the various impediments imposed by the “tolerant” left.

Dr. Robert Epstein, Senior Research Psychologist at the American Institute for Behavioral Research and Technology,  is one of the few resesarchers who has quantified google’s tampering of their search algorithms.

Bill Becker, founder and president of FreedomX, a non-profit law center focused on preserving conservative and religious freedom of expression.  He is currently involved in a number of cases related to campus silencing of free speech.

Joy Villa will also be joining us – you may know Joy as the musician whose “Trump Dress” propelled her from admired musician to just another right-wing lunatic who must be silenced.  Her story is a compelling one and is indicative of the hate radiating from the Left.

And new speakers are being added every day!

The conference includes lunch and the screening of Trevor Loudon’s latest film AMERICA UNDER SIEGE: ANTIFA 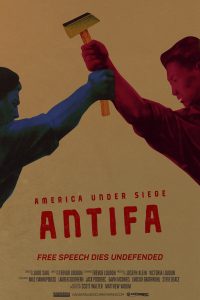 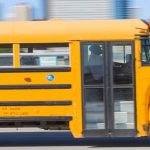 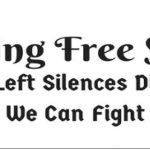